Esther is without any hesitation one of my top favourite characters in the Bible. Because there is so much about her that mystifies me. And in a book where there is no mention of the name God we see the subtle hand of God at work throughout this story.

The characters in this book are varied. And Esther’s story encompasses actions that were filled with risk, restraint and the redemption of God’s divine plan. Where choices are made from a place of either fear or wisdom.

How many times have we acted with little regard to the consequences in certain situations?

In our lives there is a profound need to live in a balanced facet of moderation, boldness and wisdom. All of which we encounter in the life of this beautiful woman. There are multi-faceted emotions intertwined in this story of complicated love. When the king chose to banish his queen – who was the one that was being disrespectful?

Progress always involves risk; you can’t progress to second base and also keep your foot on first. ~ Christie Mason
Click To Tweet

Have there been situations where you didn’t fully grasp or comprehend at the onset, later discovering you had failed to listen to God, be patient and attentive to what He was trying to say to you in that situation?

Then upon reflection your hasteful actions (divulged over time) filled you with regret for the decisions you made. Not always is making a choice the correct one. The king was surrounded by wise counsellors. However, Esther had the greatest Counsellor. And we can relate to this especially in the difficult and uncomfortable situations we face.

God has placed within each of us so much potential in how he can shape our lives. We have to choose to listen to him and believe that He will execute His plans as creator of our destiny. Especially when you are right in the middle of a situation that isn’t clear cut and obvious.

If God calls you then know He will fulfil the purpose that you have been called to. Esther spent a year becoming beautiful following an extensive beauty regime, in addition to being nurtured into the person God made her to be. Unlike the many girls that paraded before the king, there was something about her that captured the king’s attention. God had positioned her beauty, not only outwardly but the inward beauty to mesmerise the king and position her in His divine plan for what He wanted her to accomplish.

Are there times when you doubt your worth… perhaps based on you looks or ability or your past?

Everything that has transpired in your life (even to this point) has been part of God’s design for His calling and destiny to be fulfilled for you. Our responsibility is to distinguish that God cares about the finest details of your life and listen for His prompts to guide us towards trusting He has granted you everything you need. The king chose Esther and perhaps there was something that he couldn’t quite put his finger on that made him want her as his queen. Her outer beauty may have been accentuated by the treatments and beauty regime, but from within she was a Kingly girl because she knew who she belonged to. She portrayed herself as a princess that God made her to be in the image of her King and Father above.

Today as a daughter of the King you are valuable and highly esteemed. And you are here which means that God has a plan and reason for all the testing’s and trials you have or are encountering. When we realise that our value is in who and what God has made us to be then no situation in life will be able to deduct the value God holds us in.

Coincidentally at the time of Esther becoming the Queen and the king falling in love with her, there is a plot against him. And Esther’s cousin Mordecai heard of this and informed the new queen who was rapidly able to convey this to him.

Have there been times where you have doubted the grace of God at work in your life?

We know the story ends well, because Haman was hung. And the inner beauty of Esther revealed her courage to stand up to the king before Her King. Because of this she not only won his heart but completed the destiny God had for her and her people. Read this book in the bible, overflowing with drama and plots, a theatre production.

When the defining moment comes, either you can define the moment, or the moment defines you. ~ Tin Cup
Click To Tweet

Today if you struggling, why not take a moment to ask God to reveal to you what He is speaking into your life. 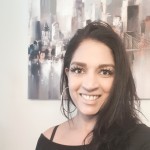 Don’t know where to start? Practice makes perfect and you only get one chance to be the best version of yourself! Now is the time to invest in you. You can find a better way to get through you break-up. Infuse every moment with beauty. Influence every God-given dream into your destiny. And impress your tomorrow with hope and expectancy. You don’t have to do this alone and I know exactly how you feel. But there is hope in your journey, To discover that the sky is the limit. And find an undying passion for living purposefully in the centre of God’s will!

The Advent-ure In Unwrapping …

How To Begin With …

How To Start Any …

How To Exchange An …

Behind Every Strong Woman …

Smart Steps To Your …